I’ve been spending a lot of time with Rhonda lately, and losing a lot of sleep as well. I don’t mind the loss of sleep though, it’s always been very well worth it. Two nights ago our relationship changed. And it’s better. Neither of us are any longer wondering what we’re doing, where this is going, or if we’ve jumped headlong into a relationship too quickly. This is what we both want, and we know that God’s lead us this far. Where exactly God is leading us is . . . not certain, as much as many of you would like to think it is. There’s time for all of that later, we’ve got all the time in the world. For right now, we’re both right where we want to be and just enjoy this.

On Monday night we played the Wii together. And it was her idea, so I don’t want any of your jokes about geeks dragging their girls in to play video games, although I think she wanted to do it partly so she can brag to her brothers about it ;-). So we made the run through on Wii Sports, and it was so much fun to play with her. I can’t wait to see what the future holds. 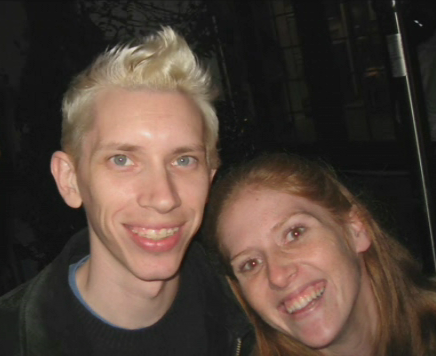